For being called “The Oculus,” it looks more like a ribcage than something that can see — especially in this February fog. Its bones splay out, opening its spine up to the sky and exposing the invisible heart that floats within. It’s the heart that holds all of the memories of what used to be in this spot before that Tuesday in September, so no wonder the ribcage is open: It’s trying to let out some of that agony. 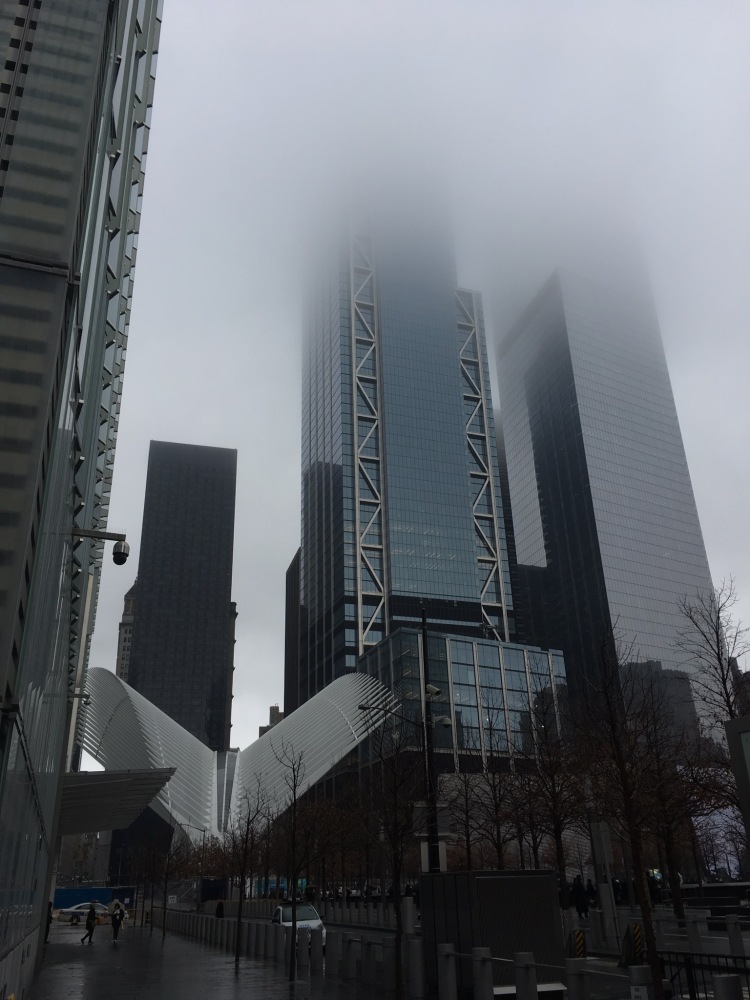 The Oculus in New York overshadowed by a February fog.